Wading in the footsteps of the Innerpeffray borrowers!

It's been almost a month since it last rained at Innerpeffray, and the usually forceful River Earn is calm and low. Inspired by the rare sight of the river's bed, intrepid Keeper, Lara Haggerty, took the opportunity to wade in the footsteps of historic Innerpeffray borrowers. 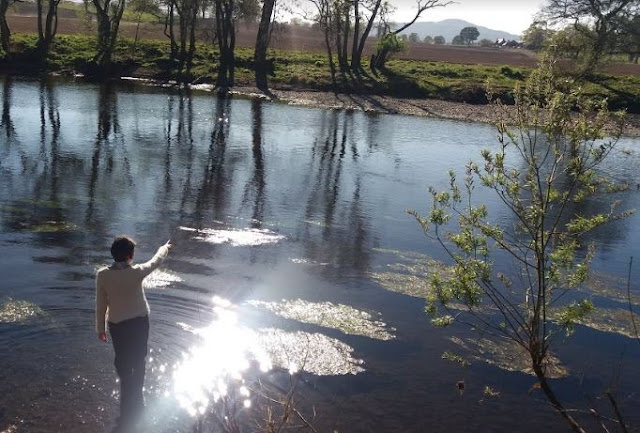 Though today Innerpeffray can sometimes feels like it's in the middle of nowhere, it is thought to have been a crossing point of the River Earn since Roman times. It was certainly in use in the eighteenth and nineteenth centuries, a fact which the road layout echoes even in modern maps. 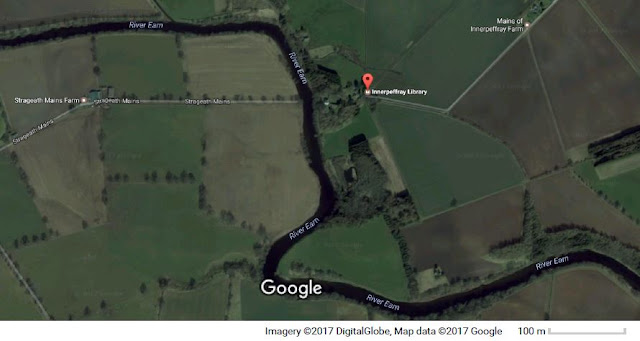 The Library's historic borrowers' register (1747-1968) suggests that borrowers regularly travelled across the water, from nearby Strageath (visible on the map above) and Muthill. While today Muthill is a 15 minute drive from Innerpeffray via Kinkell Bridge, we estimate that journey time could be slashed to 4 minutes if the river were passable by car. 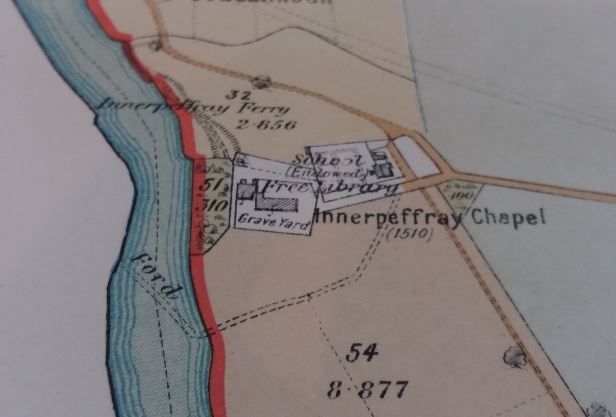 A map of the Innerpeffray estate from 1889 shows not only a ford across the river, but also a ferry crossing, presumably for those who wished to keep their feet dry. Using this map as their guide, Lara (bravely accompanied by her daughter) waded her way across the Earn, reaching the other side in a matter of minutes, slowed only by the weight of water in their wellies. 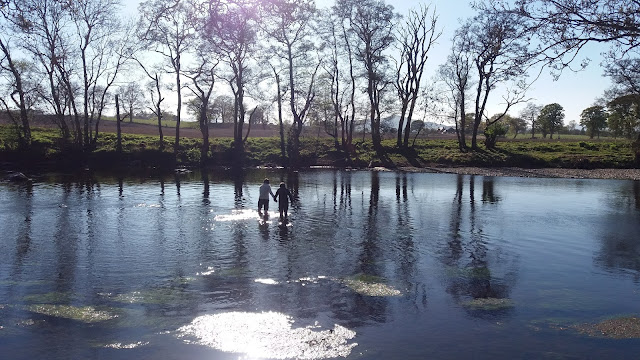 Lara's review of the experience? "It was very fast-flowing in the middle, but not too chilly!"
Posted by Library of Innerpeffray at 07:42 2 comments:

Innerpeffray during the First World War


Throughout the First World War, the Library at Innerpeffray appears to remain open.  The Keeper of Books at Innerpeffray Library is recorded as D. Sutherland. When he borrows books from the library he writes that he is the ’Librarian.’

It is not D. Sutherland, so much as it is his visitors, who are of interest. Many Sutherlands come and go throughout the war-period, but two stand out in the Register, as they write their occupation as ‘Soldier.’ The two soldiers appear in the Visitor’s Book eight times each and borrow several books during their stay at the Schoolhouse.
We can see from the Borrower’s Register exactly what the soldiers read on their stay. The books they borrowed came mainly from the Reading Room, which houses a collection from the 19th Century and later, many of which are fictional works.
Were these the source of recreation and respite for the soldiers?
· Salmon Fishing by William Earl Hodgson, 1906.
· One of the 28th: a tale of Waterloo by G.A. Henty, 1890.
· Hoof and Claw by Sir Charles G.D. Roberts, 1915.
· Kim by Rudyard Kipling, 1901.
· The First Hundred Thousand by John Hay Beith, 1876.
· Masterman Ready by Frederick Marryat, 1841. 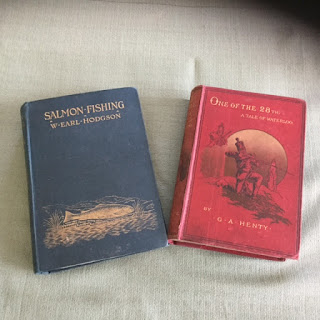 From 1914 to 1919 we see the progression of the soldiers who write themselves into the Visitor’s Book, particularly R.W. Sutherland and J.W.R. Sutherland, the soldiers who stay in the Schoolhouse and borrow from the library.
R.W. Sutherland was part of the Royal Canadian Horse Artillery “B” Battery Overseas Contingent. The RCHA came from older Batteries of the Canadian military and supported British formations.
J.W.R. Sutherland was part of the Scottish Horse M.E.F. and was later in the 2nd Cavalry Reserve in Ireland. In October 1916 the 1st and 2nd Regiments of Scottish Horse became known as the Black Watch.
Other visitors by the name of Sutherland also write down their occupation in the military, from the Royal Navy to the Seaforth Highlanders, though none of them appear to borrow books from the library.

Sophie Wood
Posted by Library of Innerpeffray at 07:31 1 comment: