Some of the more weird and wonderful items in Innerpeffray’s collections have rarely been borrowed. Content can only go so far to explaining why some books are borrowed more than others. This month, Jill presented a paper to the Centre for the History of Print at the University of Leeds discussing how her PhD can include these additional factors, including size, weight, shape, type-face and weight. This is how we came across David Fisken. 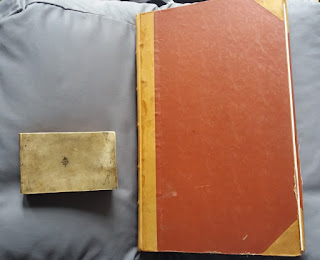 We were interested in who borrowed one of largest and heaviest books, Mercator’s Novus Atlas (1638). It was borrowed only twice in the library’s history (records cover 1747-1968), once in 1839 by John Clarke of Muthill, then in 1852 by David Fisken of Innerpeffray. Another of our books popular with visitors today, but far smaller than the Atlas, is Belon’s 1555 La nature et diversité des poissons, which is similarly impressively hand-coloured. The image shows the two displayed side by side. Belon was only taken out once in the library’s history. That one borrower? The very same David Fisken. 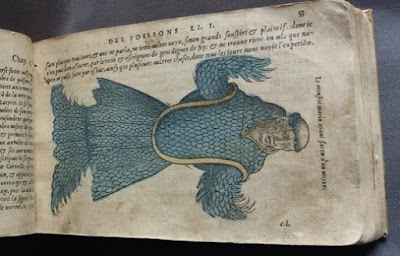 David borrows from the library between 1845 and 1855, from every corner of the library shelves and across its full range of subjects. His borrowing incorporates weird and wonderful items that are not so popular within the borrowers' records, but he has a tendency also to go for the more borrowed items too. Science and the natural world, though not well represented within the collection, are popular for David as for other borrowers. Buffon (in an English translation) was one of Innerpeffray’s most borrowed books. Ferguson’s Astronomy explained is borrowed regularly from 1779 right into the 20th century. 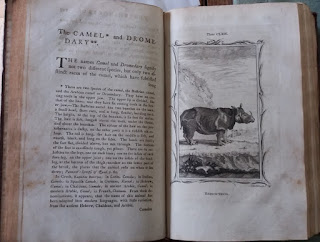 He seems very interested in history, but across a wide range of periods - from Roman times with Gibbon’s Decline and Fall, through James I, up to the 1746 volume of the Scot’s magazine. He’s not just reading works on history, but also contemporary accounts. Very few new books arrived at Innerpeffray between 1790 and 1855, when there was an influx of new titles more suited to a modern lending library. David was seemingly making the most of Innerpeffray’s aging collection. 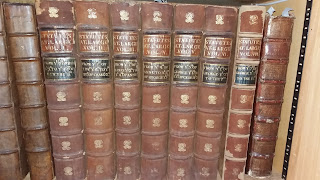 That said, David also has room for Shakespeare, coming twice in May 1853. Perhaps he, like others at the time, was keen for a stronger representation of classic literary works, and fiction in general. Meanwhile, there is still a strong showing for practical advice, especially on rural affairs (Wildman On Bees, The Complete Gardener), which is again typical of an Innerpeffray borrower. 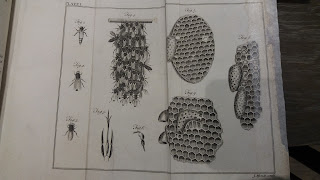 Even though he borrows some weird and wonderful works, David Fisken’s tastes firmly reflect what was popular at Innerpeffray. This makes it all the more difficult to explain why he and few others were interested in Belon or in taking home Novus Atlas. All the other books are varied in their size, shape, and layout. Though there is a strong number of illustrations represented in his list, this seems to reflect the subject matter rather than a particular focus on picking out illustrated books. For example, the many history works are wholly text-based. Living so close to the library, and at a time when the position of keeper was not always filled, we are left with the possibility that he took out such things just because he could. When it comes to studying borrowing records, that type of pattern is hard to quantify.

Posted by Library of Innerpeffray at 08:56 No comments: