Meet a borrower, meet a relative?

More often than you might imagine, visitors to Innerpeffray with local connections manage to find their ancestors in either our borrowers’ records (1747-1968) or visitors books (1839-today). With successful matches, we can reunite people with the book or books their relative borrowed in what can be a very moving encounter. Yet if the enquirer arrives with very little information, or with a very common name to search for, it can be difficult to identify their relatives in the registers confidently. We never hesitate to search, however, because the borrowings of individuals we do come across, related or not, still provide a fascinating snapshot of a reading life. This is how we came across George Taylor, Student. 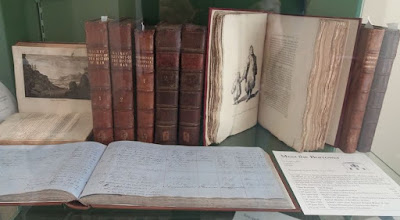 George borrows his first book from Innerpeffray in August 1791. He returns the following summer, and again in the summer of 1794. These gaps in borrowing are not uncommon in the record and, given that he only visits between late April and August, it is possible George was coming to Crieff for seasonal work. This has made it very difficult to trace exactly who he is and what he does, or indeed tie him down to any specific “George Taylor” in the usual sources. In cases like these, sometimes the register entry and books borrowed are all we have to go on.

George gives “student” as his occupation, which could explain his lengthy absences, but has in fact proved a difficult term to pin down. It appears in the will of David Drummond, 3rd Lord Madertie, when he founds the library in the 1680s “for the benefit of young students”. However, the borrowers’ records, which start in 1747, give no evidence of a restriction to use for those affiliated to particular courses of study or institutions. Further, books on the shelves at Innerpeffray are not your typical educational fare, with a particular lack of standard classical texts until much later. The OED definition “A person engaged in or dedicated to the pursuit of knowledge” means the term “student” could cover autodidacts, or people with a general interest, leaving the only real evidence for what George is or does is as the books he borrows and how he borrows them. 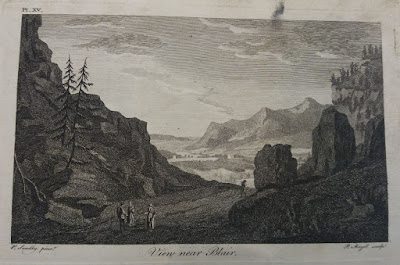 His first books are volumes 2 and 3 of Pennant’s Tour in Scotland. It isn’t unusual for these to be borrowed separately and out of order as they each deal with different parts of Scotland. We’ve also doubled checked and are certain that volume one wasn’t on loan to someone else at the time! All three volumes are heavily illustrated, and one is currently on display in our travel exhibition. If he’s new to Scotland, or new to a particular part of Scotland, he may be looking to understand his surroundings or their history.

George’s borrowing continues to show a strong interest in Scottish history and its folklore. Smith’s Galic Antiquities, which he took out in 1792, concerns itself not with physical objects, as we might expect from the title, but with a short history of the Druids, an even shorter discussion of the controversial “poet” Ossian. The final 50% of the book is filled with Ossian’s poetry. In 1794 George also takes out Macpherson’s Critical Dissertations, perhaps wanting to judge for himself the true story behind the mysterious Ossian! 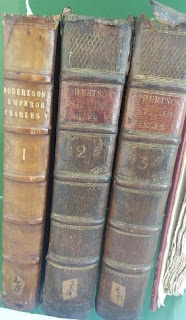 One of Innerpeffray’s most borrowed books is William Robertson’s (1769) History of the Reign of Emperor Charles V. George borrows volume one in April 1792, and is clearly taken with it, or at least displays a certain level of diligence by borrowing volumes two and three a month later. In contrast, a great many borrowers of the same title seem to have decided that volume one was enough to get the gist. As you can see in the image above, volume 1 was the only one which required a new spine! Rather than a biography, the work more of a history of the reformation jazzed up with events from Charles’ reign, with Martin Luther cast in the heroic role. 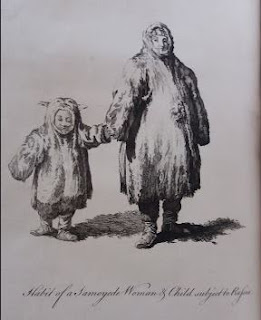 Other titles George borrows delve deeper into both religious history and travel. Especially remarkable is the volume Journey to Siberia, which is an account of a journey through Russia to observe an astronomical phenomenon, but details the people and the minerals Chappe D’Auteroche encounters (strangely, with equal weight!). The people he encounters are also illustrated, giving a vivid picture of a vast expanse most likely unknown to George. Travel again, in particular accounts of people and places, seem to fuel his borrowing.

While we know no more about him the records at Innerpeffray - the books he borrows, and how he borrows them - we can build up some sort of picture of George. He seems to be a diligent student with a strong interest in Scottish history and an inquiring mind. Whether or not he is a Taylor related to our visitor, however, we may never know.


Posted by Library of Innerpeffray at 07:14 No comments: